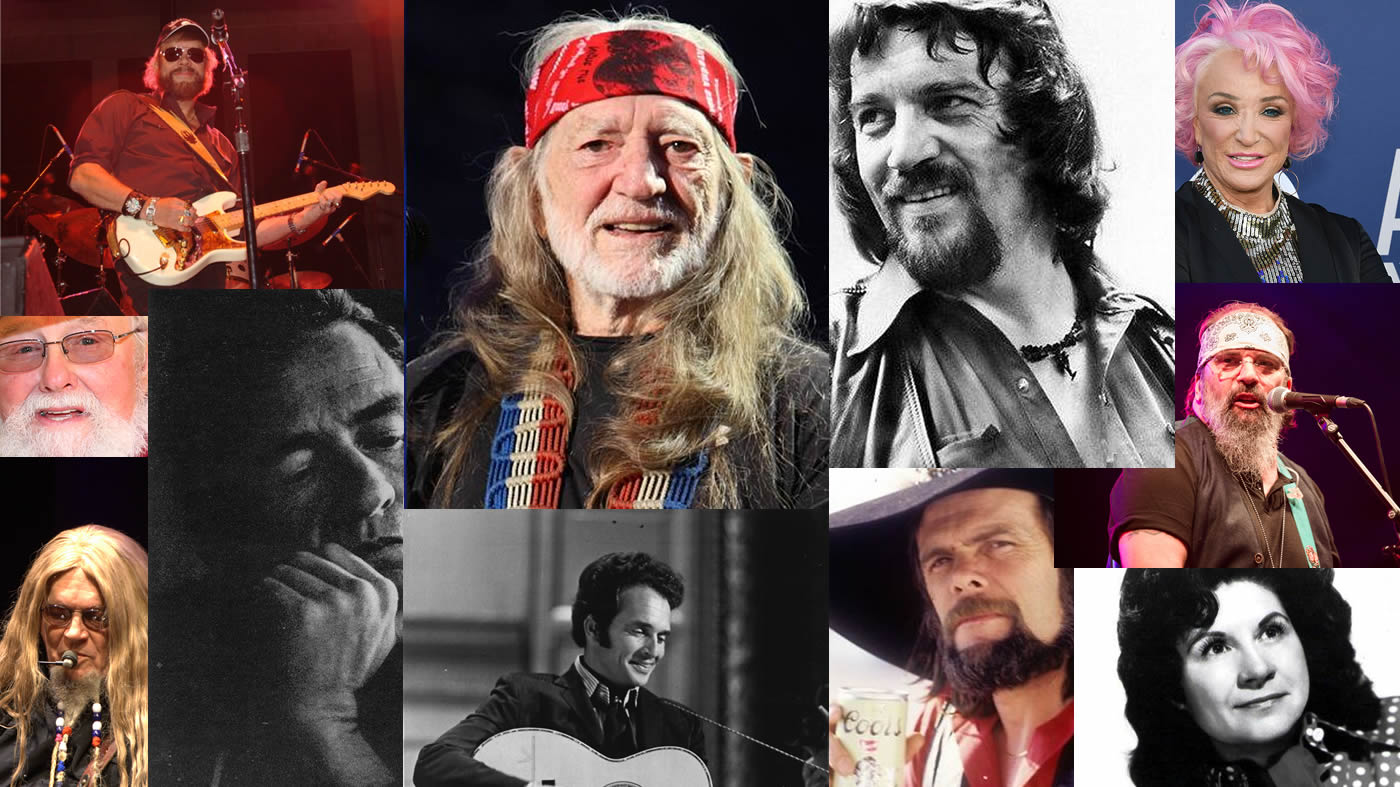 There are dozens of Outlaw Country songs that could be considered “Classic”. At Outlaw Circus, we decided to sit down and list the top 10 outlaw songs of all time. You may disagree with our list, or you may think we’re spot on.  Either way, you can’t deny, we’ve put together a list of some really good outlaw songs.

Don’t worry, this isn’t one of those articles that constantly has you clicking and avoiding ads the entire time. We’ve listed the top 10 outlaw songs of all time right here on one page.  Enjoy

Top 10 Outlaw Songs Of All Time (no particular order)

We’ve listed each song along with either an audio or video companion for your listening pleasure.  We didn’t list the top outlaw songs in any particular order, so this isn’t a ranking, simply a list.

“Mama Tried” is a semi-autobiographical song written about his Mother’s consternation with Haggard’s prison stay. The recording has been entered into the National Recording Registry, a sign of the song’s timeless charm.  –>More on “Mama Tried”

You can’t have a list of top outlaw songs without including Johnny Cash and his version of “Cocaine Blues”. T. J. “Red” Arnall is credited with writing the song, but it’s really a reworking of a traditional song “Little Sadie”.  –>Read more about “Cocaine Blues”

“Copperhead Road” is the newest song on the list. Steve Earle has had an illustrious career in the music industry, but his first hit is by far the biggest. The song is so popular that Mountain City, Tennessee had to change the name of the road to Copperhead Hollow Road because the sign kept getting stolen.  –>More on “Copperhead Road”

Women should be included more in outlaw music lists. Tanya Tucker, however, is no token entry here. An outlaw from the onset, Tucker recorded this song at age 15, which makes her an OG Outlaw for real.

Johnny Paycheck “I’m The Only Hell My Mama Ever Raised”

We chose this song over Paycheck’s more famous hit because this is much more of an outlaw song. “I’m The Only Hell My Mama Ever Raised” is the epitome of outlaw lyrics.  If you’re going to to a list of top 10 outlaw songs of all time, this one needs to be included.

From the album Fire On The Mountain, in 1974, “Long Haired Country Boy” is an iconic outlaw song.  Written and performed by an icon himself, Charlie Daniels didn’t get the audience for the song.  In 1980, he re-released it and it made it to number 27 on the Country Music charts.

Kitty Wells “It Wasn’t God That Made Honky Tonk Angels”

The second female artist on the list is an OG Outlaw herself.  Kitty Wells was the first woman to reach #1 on the Country Charts back in 1952 with this one, and it crossed over and was a hit on the pop stations as well.

David Allan Coe is the Outlaw that other Outlaws really aspire to be.  He’s lived the outlaw life on and off stage, and his 1977 song “It That Ain’t Country” is a banner piece of musical history in so many ways.

“Whiskey River” is one of those reasons why there’s nobody like Willie Nelson.  An iconic outlaw song that is as relevant today as it was when it was originally recorded in 1973

Waylon Jennings “Are You Sure Hank Done It That Way?”

Waylon put this one out back in 1973, and he is not only the performer but writer of the iconic outlaw hit.  The 2nd single off the Dreaming My Dreams album.  Unlike most songs on our list, “Are You Sure Hank Done It That Way?” actually charted at #1.

Hank Williams Jr. “Family Tradition” has to be associated with this type of list.  Bocephus wrote and performed this one, and many top 10 outlaw songs of all time lists will include this one from Hank Jr.

That completes the top 10 outlaw songs of all time based on our intensive research (40 + yrs of music listening).  Your list will, no doubt, be different.  That’s okay. Everybody likes different songs and I’d bet a lot of our lists are more alike than not.