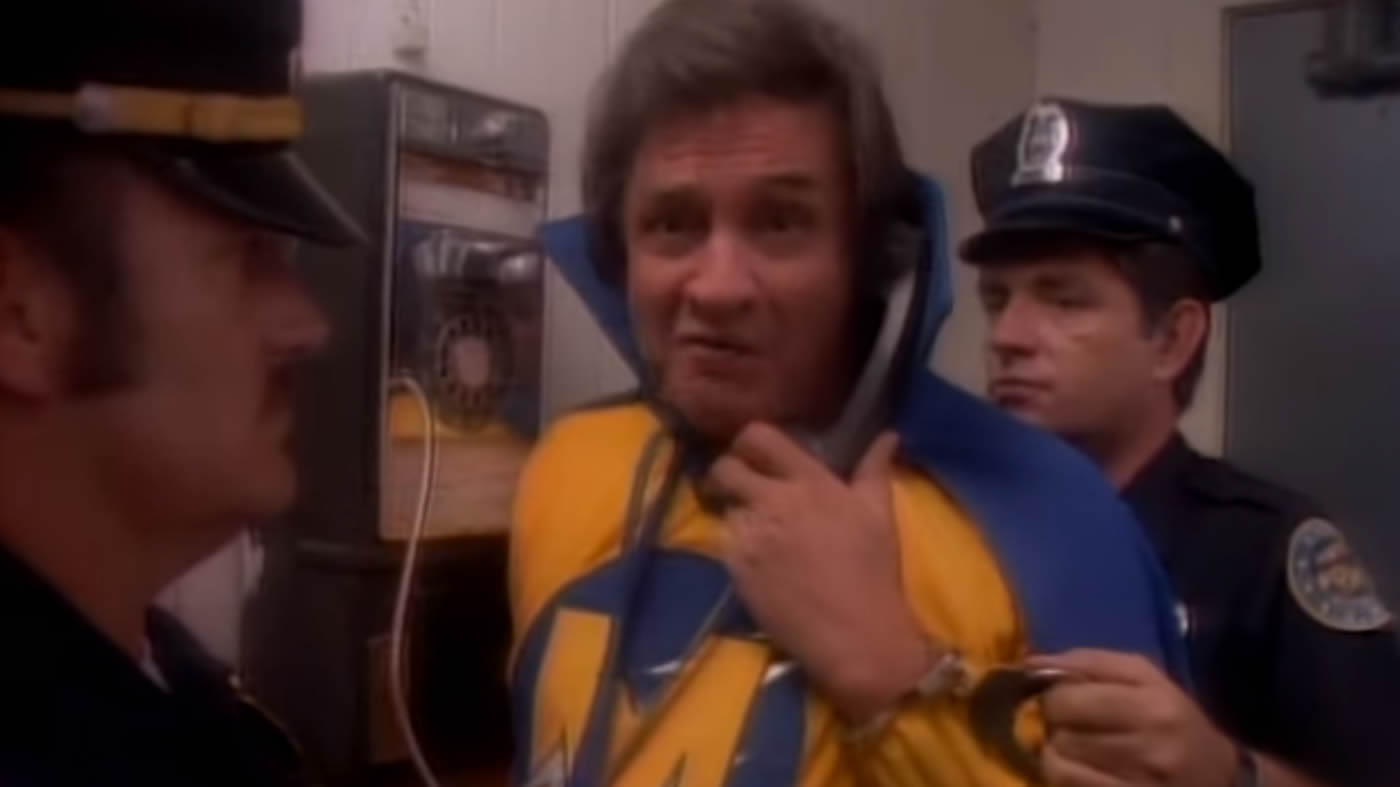 Holy outlaw, Batman, there’s a new bank robber in town. and he goes by the name “Manhatten Flash”.  He loves to rob banks, but he looks like Johnny Cash.

I swear I’ve never laughed so hard in my life when the official Johnny Cash youtube channel debuted the video for “Chicken In Black”.  It’s 100% legitimately really a song Johhny Cash did in 1984.

Rumor has it that Cash was happy about releasing the song until Waylon Jennings told him he was a buffoon. I’ll take Cash’s side on this one. It’s always good to show a lighter side of your personality.

Cash did a few songs like this including “Boy Named Sue”, and I think it’s awesome to see such a playful side from such a serious cultural icon.