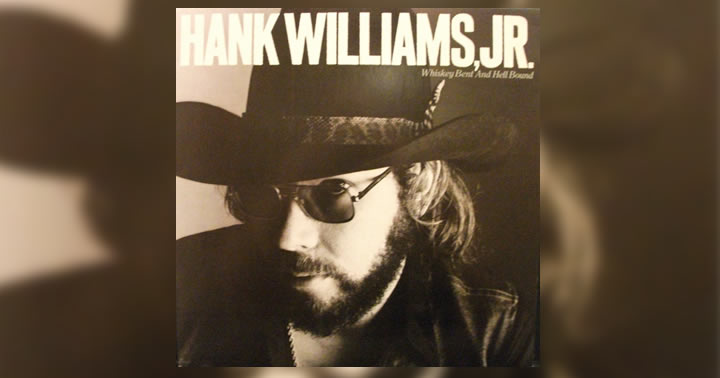 They just don’t make country music like they did when Bocephus dropped Whiskey Bent And Hell Bound and released the title track to his 1979 album.

That steel guitar though…

Seriously Hank Williams Jr has country gold running through his blood for sure, but “Whiskey Bent And Hell Bound” has to be about the saddest sad drinking songs he’s ever performed.

The late 70s and early 1980s were a golden era in country, and Jr showed up on the scene at the right time and pedigree to lead the industry, and that’s just what he did. It would’t have matter who his daddy though if he still had chops to pull off songs like “Whiskey Bent And Hell Bound”.  As far as this era of music, Hank Williams Jr.’s “Whiskey Bent And Hell Bound” has to be considered among the top.

You can buy the album on Amazon or pick it up wherever you get your digital music.

Here’s a live version of Hank Jr performing the song on TV and showing off his guitar skills while he’s at it.